So it’s that time of year when everyone’s banging on about diets and gym sessions. I’m trying to make a healthy start to 2015. I don’t want to be, and frankly never will be, one of those people who barely eats anything or is on ridiculous a diet where all they is celery (nothing against celery, just not constantly)! I love food too much. But I do realise I’ve had a month of some nice drinks, treats and heavy food in December so I’m thinking more about what I’m eating, doesn’t mean it has to be boring and bland. Living in the north of the UK doesn’t help though, it’s cold and wet and all I want to eat is pie and potatoes! But I’ve had a positive start with loads of veggies in the form of some nice homemade soups, salads and noodle dishes. I’ll get trying out some more ideas and post them soon! 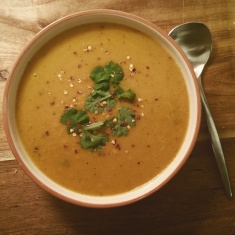 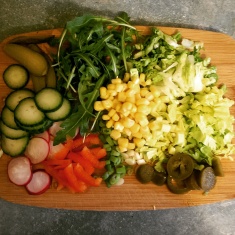